Making a difference in other people’s life. 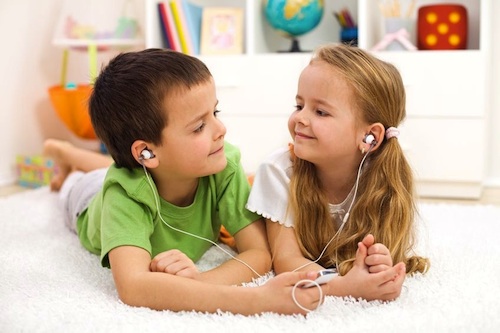 If you have a toddler or child of any age, chances are you’ve run struggled with how to teach sharing. Most of the basics of life are instinctual. You don’t have to teach a child how to eat, sleep, or talk. They just figure it out. It’s built into our genetic code. But sharing? It doesn’t come naturally. As parents, we need to teach our kids to share.

Just how important is sharing anyway? And how do you teach sharing?

The Importance of Sharing

We don’t always want to share things. Admit it. Do you really want your friend borrowing your clothes, or driving your car? Most of us don’t. We want our things to stay in our hands. It’s natural.

Sharing Feels Good (this is the magic)

In March 2008, three professors published an article in Science magazine entitled, “Spending Money on Others Promotes Happiness”. This shouldn’t really be much of a surprise, but their research showed that people feel good when they spend money on others. Now, we’re not talking about millions, thousands or even hundreds of dollars here. We’re talking about as little as sharing $5 – the amount used by the group in their final study.

Here’s another cool example. Doug Eaton celebrated his 65th birthday by doing random acts of kindness. He stood on a street corner and gave out money to complete strangers. He “spent” $375 and if you watch the video below you’ll see how it made him feel. Imagine taking a depressed person off their anti-depressants and instead “prescribing” random acts of kindness?

This is why we want our kids to learn how to share. It simply feels good.

Doing things that feel good causes your body to release a hormone called Oxytocin. Paul Zak, the founding director of the Center for Neuroeconomics Studies at Claremont Graduate University, showed this in his research. People feel good when they share, and their bodies release Oxytocin, helping relieve stress and boosting immune function.

But here’s the cool part: When you share with someone, you make them feel good too. They get an Oxytocin release. They get the same health benefits from the social interaction.

These are just few of the benefits of sharing. I could go on and on and on, but we’d run out of space.

It isn’t easy to get a young child to share. Here’s an adaptation of a common joke about toddlers when it comes to possessions:

If it looks like it could be mine, it’s mine.

If I’ve EVER come in contact with it, it’s mine.

If I can touch it, smell it, see it, taste it, hear it or think about it, it’s mine.

If it’s mine, it must NEVER appear to be yours in any way.

It it’s mine, it’s mine FOREVER.

Toddlers are developing their sense of self, and they tend to see their things as an extension of themselves. This is why they are overprotective of their belongings. Sharing their toys or food is like giving away a piece of themselves, and that’s not really an attractive idea for anybody.

According to Tovah Klein, Ph.D, director of the Barnard Center for Toddler Development of Barnard College:

“Even though it’s sometimes hard for parents to accept, there is a developmentally appropriate time for children to be selfish, and this is it”.

So, in case you’re wondering, yes, being selfish at 2-3 years old is perfectly normal.

Now that we know that being selfish is embedded into your child’s brain at this point in his or her life, is it possible to teach a young child to share at all?

Until your child is at least two-and-a-half, it might be fruitless to teach the child to share. What you can do is to slowly introduce him to the concept of sharing.

It’s also important to remember never to push or punish a child for not sharing. You should never force your child to share. It really does have to be something they do on their own. Otherwise, it won’t feel good and the benefits completely disappear.

Here’s a story one of my readers sent in. I think it’s worth sharing with you.

“I wanted my kids to learn how to share toys. So I bought two big boxes and wrote one child’s name on each box. I made sure that the boxes had different designs to avoid confusion. I explained to the kids that each of them was the owner of their toy box. Everything in the first box belongs to child # 1, and everything in the other box belongs to child # 2. If you want a toy from the other box, you have to ask permission from the owner first.

Did it work right away? It didn’t. In fact, it took me a couple of times to explain to them that ‘This box belongs to you and the other belongs to your sister.’ After about a hundred explanations though, they finally got what I meant.”

Use Selfishness as a Tool for Good

Here’s a crazy theory: People are selfish 100% of the time. I’m totally serious. Even if we do things that appear selfless (giving), we’re doing these things to feel good. We enjoy the rush of Oxytocin that we get from giving. And that’s good! Just ask Doug Eaton, the man who gave $5 to strangers on his birthday. Giving is selfish because we (the giver) get something out of it. And that’s fine! It’s a good thing. Encourage it.

So teach your child to share because of the good feeling they’ll get. This is the emotional reason to give. This is so much more powerful than justifying sharing as “the right thing to do” or anything based on logic.

You want you child to share? Let them experience how good it feels! Then they’ll do it to be “selfish” in a good way, right?

You can’t make this happen by forcing a child to share, that’s for sure.

When your child does share, what should you do? I suggest you ask questions to amplify the feel-good emotional state. This is a heck of a lot better than saying, “Wow, I’m so proud of you for sharing”.

Let’s say my daughter, Anne, shares a toy with her playmate, Kaitlyn. I might later say to her, “Anne, that was very nice of you to share your toy with Kaitlyn. Did you notice how she smiled when you did that? …How do you think she felt by what you did? …And how did that make you feel?”

By doing this you’ll help your child to connect the act of sharing with great emotional feelings. This is the absolute KEY to teaching your children to share.

Getting a child to share with a brother or a sister may just be one of the hardest things to do as a parent. But the same principles apply. Kids will share only when they want to. And they’ll want to share because it feels good. Always remember this!

Find what works for you and your kids. Here are some examples you can follow:

Set a “safe zone”. Assign a safe zone for each child where everything in it is his and everybody else have to ask permission before they can play with it. Ideally, it’s the child’s bedroom but if they don’t have their own rooms, it can also be a closet, a toy chest, etc. If it’s in a common area like the living room, then the item is for everybody and it’s strictly “first come, first serve”.

Take turns. If more than one child wants to play with a toy, set a timer for five or ten minutes. When the timer rings, the child playing with it should give it to the other child – no extensions and no excuses. In the long run, one of the children will get tired and find another toy to play with. But when toys are new and neither child wants to share a jointly-owned toy, a rule like this can keep the peace.

Play nice or lose the toy. With shared toys, there is now owner. My daughters have doll houses and all sorts of dolls that they love playing with. Most of the time they play amazingly well together for hours. But when moods turn sour, they fight over who “gets” to use the toys. What do I do? I just remind them to solve their own problems. If they can’t solve the problem on their own then I solve it by taking the toys away. They always get fair warning, and they’ve learned that the natural consequence of fighting is to lose whatever they’re fighting over.

Schedules. If the item being shared is something that they can’t use together, you might need to establish a schedule. An example could be an electronic gadget like an iPad, where each kid wants to play a different game, or watch a different show on Netflix. Involve your kids in creating the schedule. This establishes their buy-in to the solution.

The Bottom Line on Sharing in Toddlers and Kids

Getting a child to share takes a lot of patience, and a lot of people can attest that the earlier you start your child on it, the easier it will be. Just like everything else with a toddler, expect a few snags along the way. Stick to the simple rules and ideas I’ve outlined here and you’ll do well.

Realize that sharing is not a natural skill. Until your toddler is 2-3 it’s probably not worth spending a lot of time on this beyond teaching by example.

Teaching by example is THE place to start. Be a good role model.

Encourage kids to realize how good it feels to share. This is the only reason people enjoy sharing!

This article was written by Talking to Toddlers.

PLEASE COME BACK TO ME BELOW WITH ANY COMMENTS OR REQUESTS FOR INFORMATION AND I WILL MAKE CONTACT WITH YOU.

Have a great day.

Immune Boost – Product Review. Never before has this opportunity been available to the general public. What Is the Neurological Networks Immune Boost

Why Self Help important?

Why Self Help important? You may be wondering what self-help is and its importance in everyday life. Self-help denotes things that you can do

How can I grow every day?

How can I grow every day? Humans have always been on the quest to improve. The one thing that sets humans apart from animals

Design Your Own Success